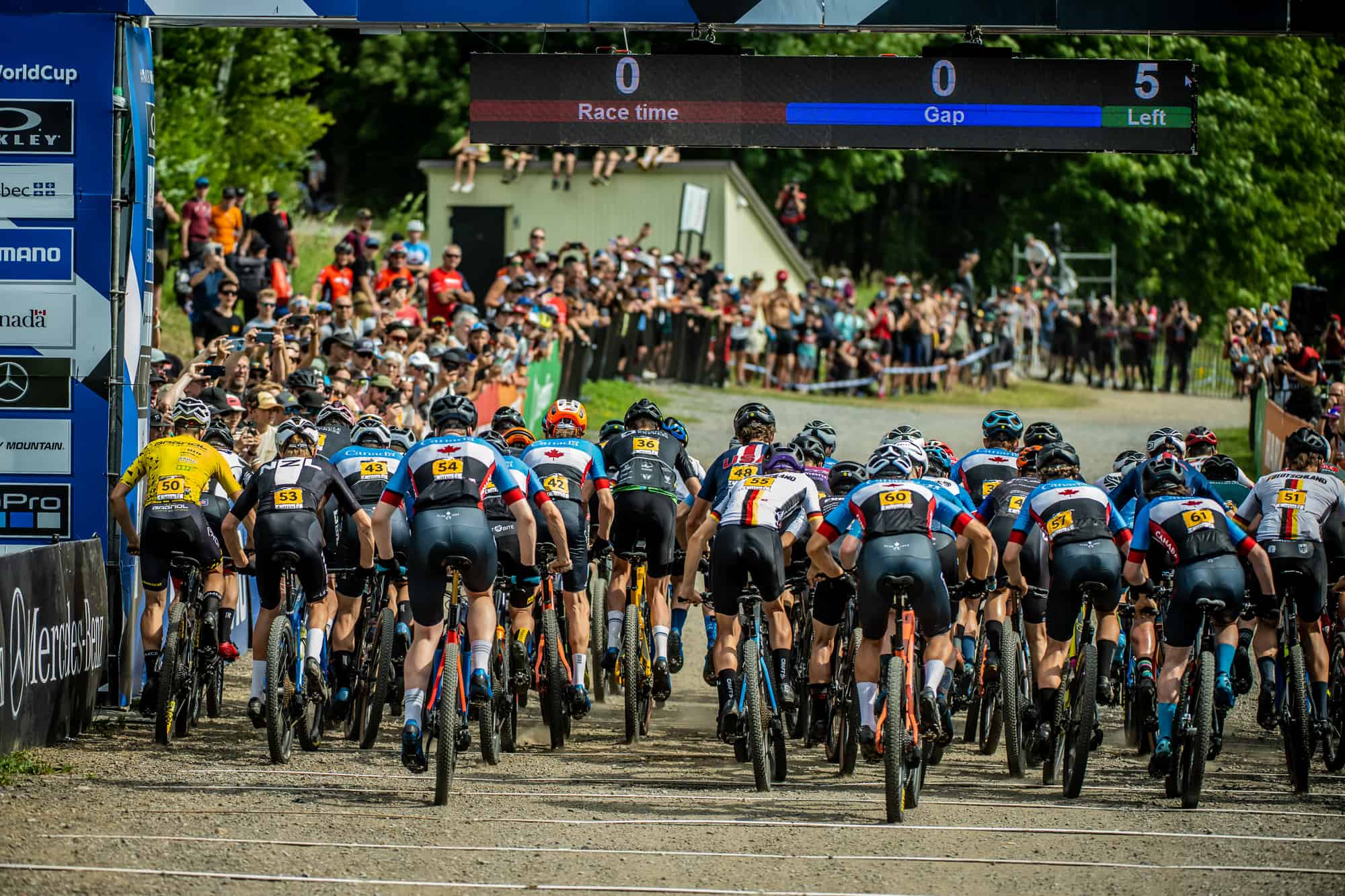 In October 2023, Mont-Sainte-Anne will host its 28th UCI Mountain Bike World Cup and celebrate its 31st year of UCI events. Year after year, it is with the same enthusiasm that the organisers, about five hundred volunteers, numerous trusted partners and tens of thousands of visitors warmly welcome the UCI World Cup athletes and their teams.

The Downhill and Cross-country tracks are amongst mountain bike racing’s most revered monuments and have played host to some of its biggest moments over the years. As bike technology and rider skill levels continue to progress there remain few tests tougher than found in MSA.

Overlooking the majestic Saint-Lawrence River, Mont-Sainte-Anne is also a splendid playground for all outdoor sports fans, in both summer and winter.